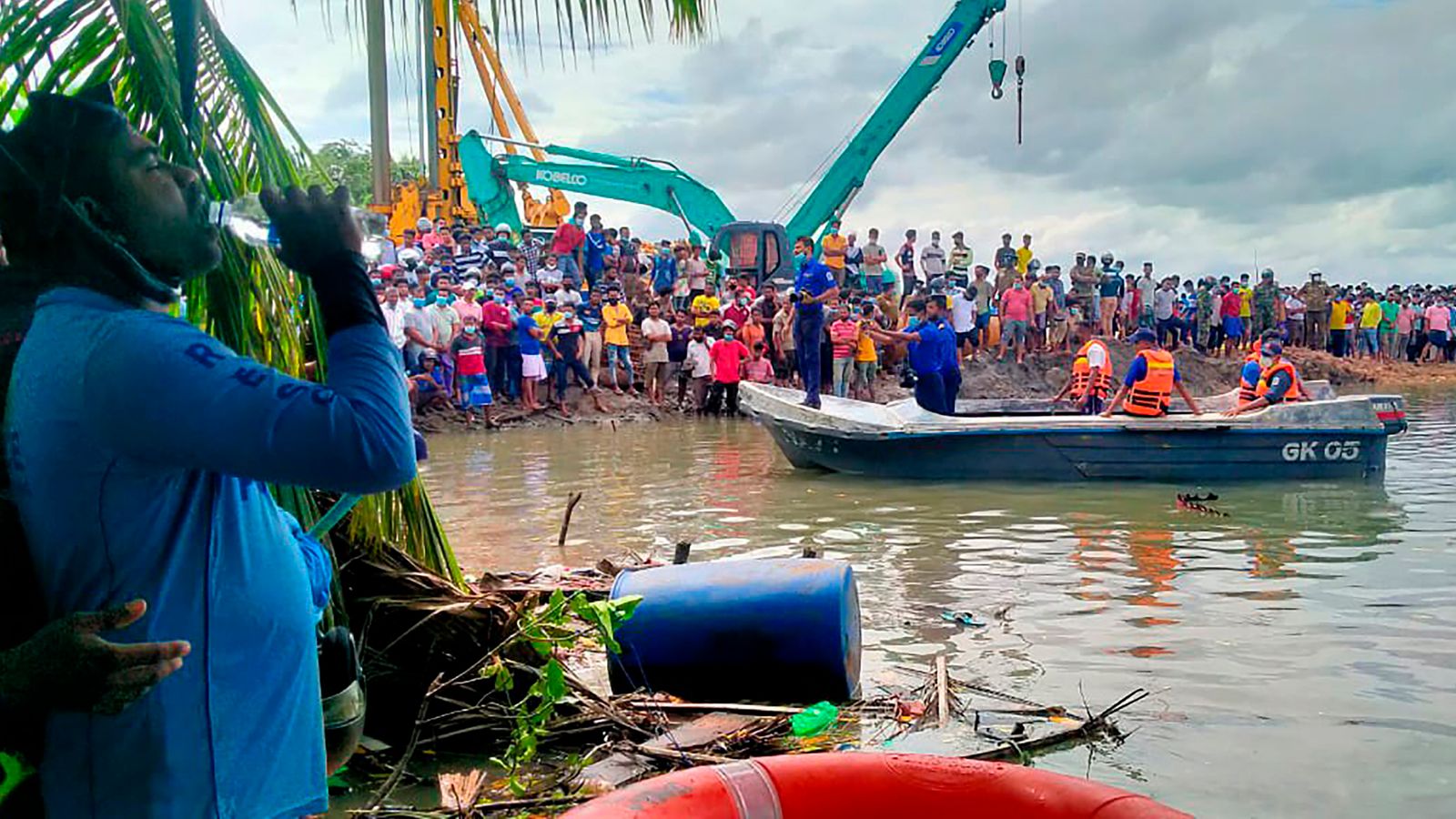 At least six people, including four children, have died after a ferry capsized off the coast of eastern Sri Lanka.

A total of 12 people have been rescued so far, a spokesperson for the country’s navy, Captain Indika de Silva, confirmed.

He added that a search operation was continuing to take place.

The ferry was travelling from Kurinchakeni to the town of Kinnaya along the eastern coast of Sri Lanka and was about 160 miles northeast of the country’s capital, Colombo, at the time of the accident.

A policeman and a hospital worker, who asked to remain anonymous, had confirmed the deaths.

Pictures show police and members of the navy at the scene, with crowds of people standing on the shoreline.

It is unclear how many people were on board the ferry at the time of the accident, or what caused it to overturn.