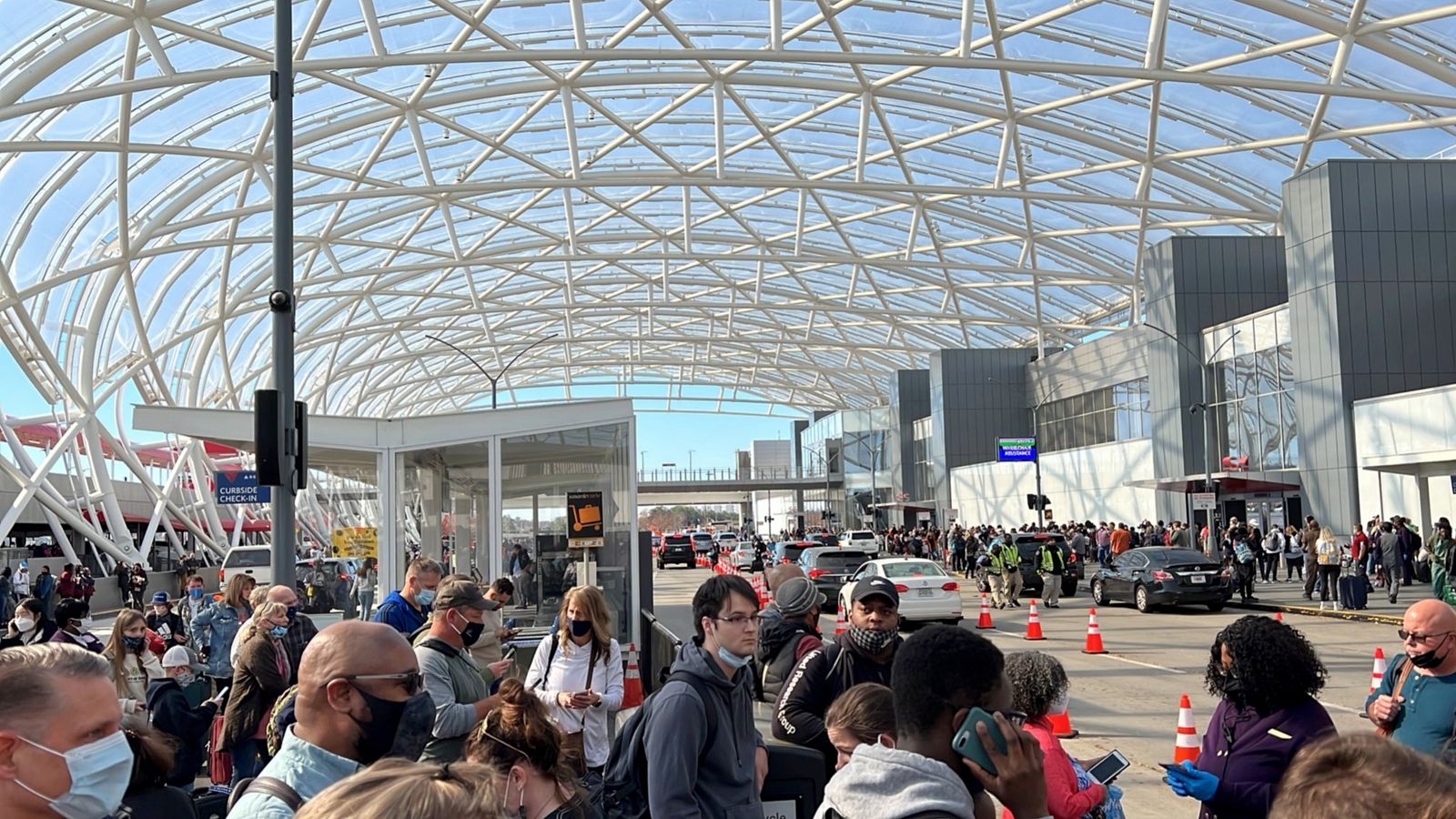 A convicted felon who tried to board a flight from Atlanta with a gun fled the airport after it was accidentally fired in the security screening area.

The gun discharge happened when a screening checkpoint employee was conducting a bag search after it was flagged by an x-ray.

The Transportation Security Administration (TSA) said the gun owner was advised not to touch the bag.

However, as the security officer opened the compartment containing the gun, “the passenger lunged into the bag and grabbed a firearm, at which point it discharged”.

The man, named as Kenny Wells, fled from the airport.

Terrified travellers, fearing an active shooter, bolted onto the tarmac on Saturday, halting flights during the busy Thanksgiving holiday period.

Authorities are now searching for the 42-year-old gun owner on charges carrying a concealed weapon at a commercial airport, possession of a firearm by a convicted felon, discharging a firearm and reckless conduct.

Police said one person requested emergency medical services after falling in a different part of the airport, while two others complained of “shortness of breath”.

Two hours after the 1.30pm shot was fired, the airport was given the “all clear”.

Hartsfield-Jackson was the world’s busiest airport in 2021, according to aviation analytics provider Official Airline Guide.

A record number of firearms were seized at US airport checkpoints in just the first nine months of 2021, the TSA said.

At approximately 1:30 pm today a weapon accidently discharged at ATL’s security screening area. There is NOT an active shooter at the airport. APD is on the scene. More information about the situation will be made available on our social media channels.

Nationwide, TSA officers have stopped 4,495 airline passengers from carrying firearms onto their flights, surpassing the 4,432 firearms caught throughout 2019.

In Atlanta alone, there were 450 firearms detected at airport checkpoints in 2021.