Protesters hurled objects at police and broke windows amid anger following the acquittal of a teen who killed two people and injured another at a demonstration, in a verdict that has divided the US.

Kyle Rittenhouse was found not guilty of all charges over the August 2020 shootings in Kenosha, Wisconsin.

President Joe Biden, who during last year’s election campaign tweeted a video that appeared to link Rittenhouse to white supremacists, said he supported the jury’s decision and urged Americans to react with calm.

“While the verdict in Kenosha will leave many Americans feeling angry and concerned, myself included, we must acknowledge that the jury has spoken,” he said.

Former president Donald Trump who at the time of the killings said it appeared Rittenhouse had been “very violently attacked”, congratulated the 18-year-old on the verdict, adding “if that’s not self-defence, nothing is!”

Anger continued to swell across the country, with the protest of about 200 people in Portland, Oregon, declared a riot after the outbreaks of violence.

Demonstrators blocked streets and others talked about burning down the Justice Center, according to KOIN TV.

The police tweeted: “A crowd has gathered near SE 2nd Avenue and SE Madison Street and participants have begun breaking windows and damaging doors of city facilities in the area. People are throwing objects at police officers in the area.”

Portland was the scene of ongoing, often violent protests after the murder of George Floyd last year by a police officer in Minneapolis. Some activists said police were heavy-handed in their response.

Peaceful protests also took place in other US cities, including New York.

Responding to a verdict that has reignited the debate over guns, vigilantism and racial injustice in the US, Amnesty International said it was likely to lead to more violence.

Analysis: Liberal against conservative, American against American – the Rittenhouse trial is a troubling snapshot of a divided US

“The painful reality is that our country’s criminal justice system – and our society – is predicated on white supremacy and anti-Black racism,” Paul O’Brien, the organisation’s US executive director, said.

“The state and federal government have a duty to protect people and their right to protest and peacefully assemble.

“Allowing private individuals, in this case a teenager, to arm themselves and take to the streets with no accountability for their actions will only serve to embolden vigilantism and act as a force multiplier for future violent clashes.

“We must continue to demand action to end gun violence and protect people’s right to protest, the right to live and the right to be free from discrimination.”

Rittenhouse was acquitted on two counts of homicide, one count of attempted homicide, and two counts of recklessly endangering safety in the protests marred by arson and rioting.

The teenager, the two men he killed and the man he wounded were all white, but the case has been linked throughout to issues of race and the criminal justice system.

Activists have previously pointed to differences in how police handled his case and that of Jacob Blake, the black man who was shot by a white Kenosha police officer in August 2020.

Video footage played during the trial showed Rittenhouse running towards police still wearing his rifle, and continuing past the police line at officers’ direction. 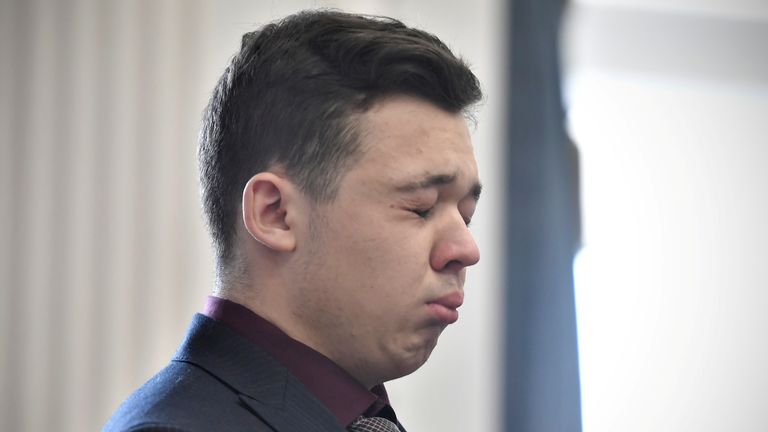 He turned himself in to police in Antioch, Illinois, early the following day.

And though Kenosha prosecutors filed serious charges that had the potential to result in a life sentence for Rittenhouse, the trial also struck many activists as unusually deferential to the defendant.

“You can really smell and see the underlying systemic racism that’s in the judicial system and the policing system,” said Justin Blake, Jacob Blake’s uncle, following the verdict.

Black activists in Kenosha said the verdict showed they need to continue pushing for change in their city and state.

“You cannot tell me that these institutions are not sick,” said Kyle Johnson, an organiser with Black Leaders Organising Communities.

“You cannot tell me that these institutions are not tainted with racism.”

China ‘spy’ balloon: What are they? And why could they play a key role in the future of aerial reconnaissance?
‘Greenwashing’ is a good thing, according to one renewable energy tycoon
Google is asking employees to test potential ChatGPT competitors, including a chatbot called ‘Apprentice Bard’
CEO Phillips resigns after WRU allegations
Meta shares rocket 20% on solid earnings: Analyst sees ‘enticing’ valuation