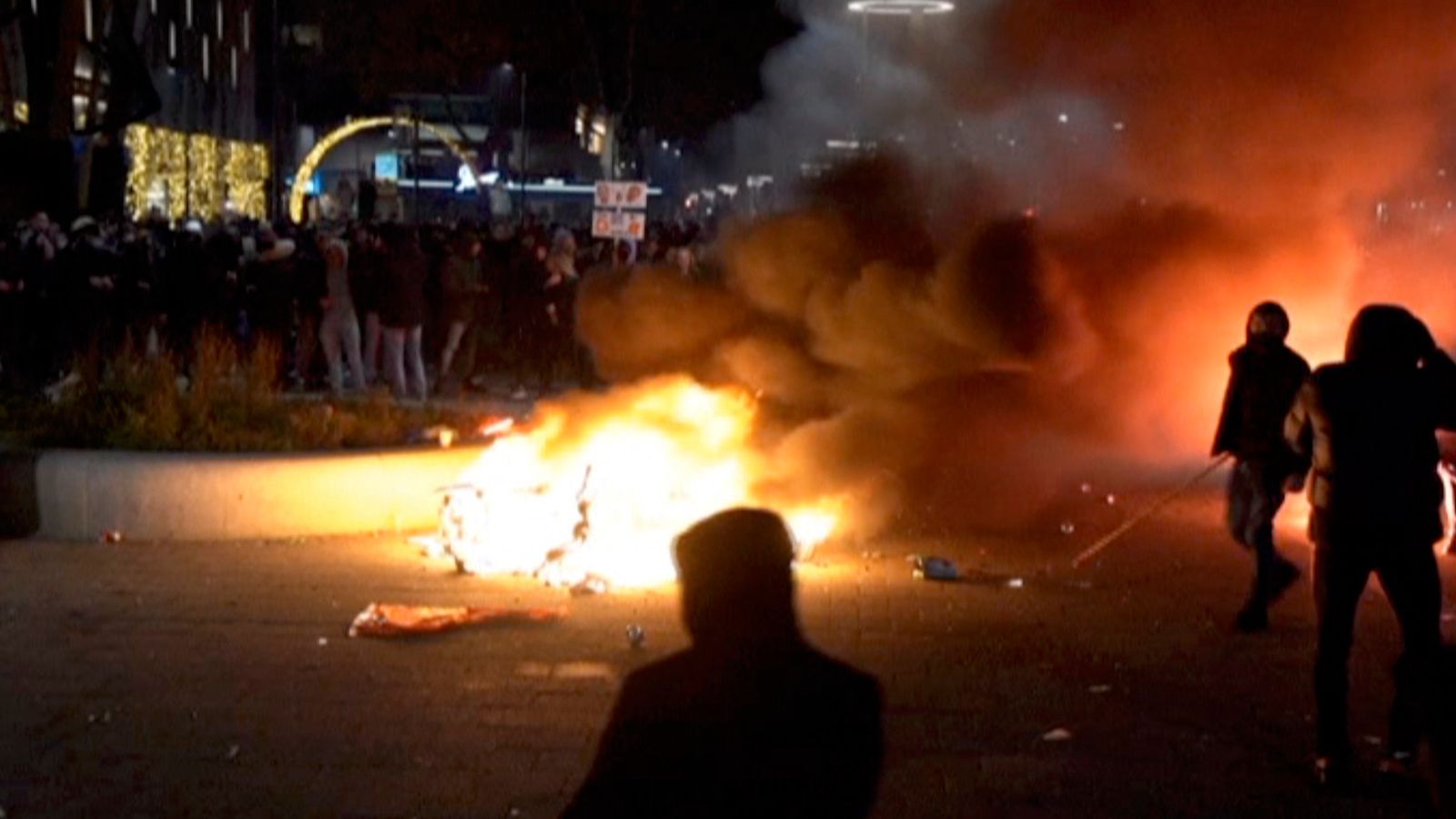 At least seven people have been injured – including police – during riots in Rotterdam against COVID-19 restrictions.

It comes as the Netherlands re-imposed some lockdown measures in a bid to curb a fourth wave of the coronavirus.

Police confirmed they fired warning shots after a demonstration broke out on Friday night, with the injuries “related to the fired shots”.

“We fired warning shots and there were also direct shots fired because the situation was life-threatening,” said police spokesperson Patricia Wessels.

She added the injuries were “probably a result of the warning shots, but we need to investigate the exact causes further”.

Law enforcement issued an emergency ordinance in the city, shutting down public transport and ordering people to go home. Riot police also used a water cannon in an attempt to drive hundreds of rioters from a central street in the port city.

More on The Netherlands

At 1.30am local time, police said units from all over the county had arrived to “help restore order” adding: “The situation is currently manageable”.

Rotterdam police added: “Dozens of arrests have now been made, it is expected that more arrests will follow.

“Unfortunately, around seven people were injured, including on the side of the police.

“Warning shots were fired several times. At one point the situation became so dangerous that the officers felt compelled to fire at a moment’s notice.”

Last week, the Dutch government announced a three-week partial lockdown, in which restaurants and shops must shut early.

No spectators are allowed at sporting events, and people are only allowed four visitors to their homes.

Daily infections in the Netherlands have remained at their highest levels since the start of the pandemic.

On Saturday, 15 people were arrested after similar protests broke out in the Dutch city Leeuwarden. Riots also broke out in January after the government announced a curfew to rein in soaring infection rates.

Friday’s demonstrations took place after the government said it wants to introduce a law that would allow businesses to restrict the country’s coronavirus pass system to only include people who are fully vaccinated or who have recovered from COVID-19.

“The center of our beautiful city has this evening transformed into a war zone,” it said. “Rotterdam is a city where you can disagree with things that happen but violence is never, never, the solution.”