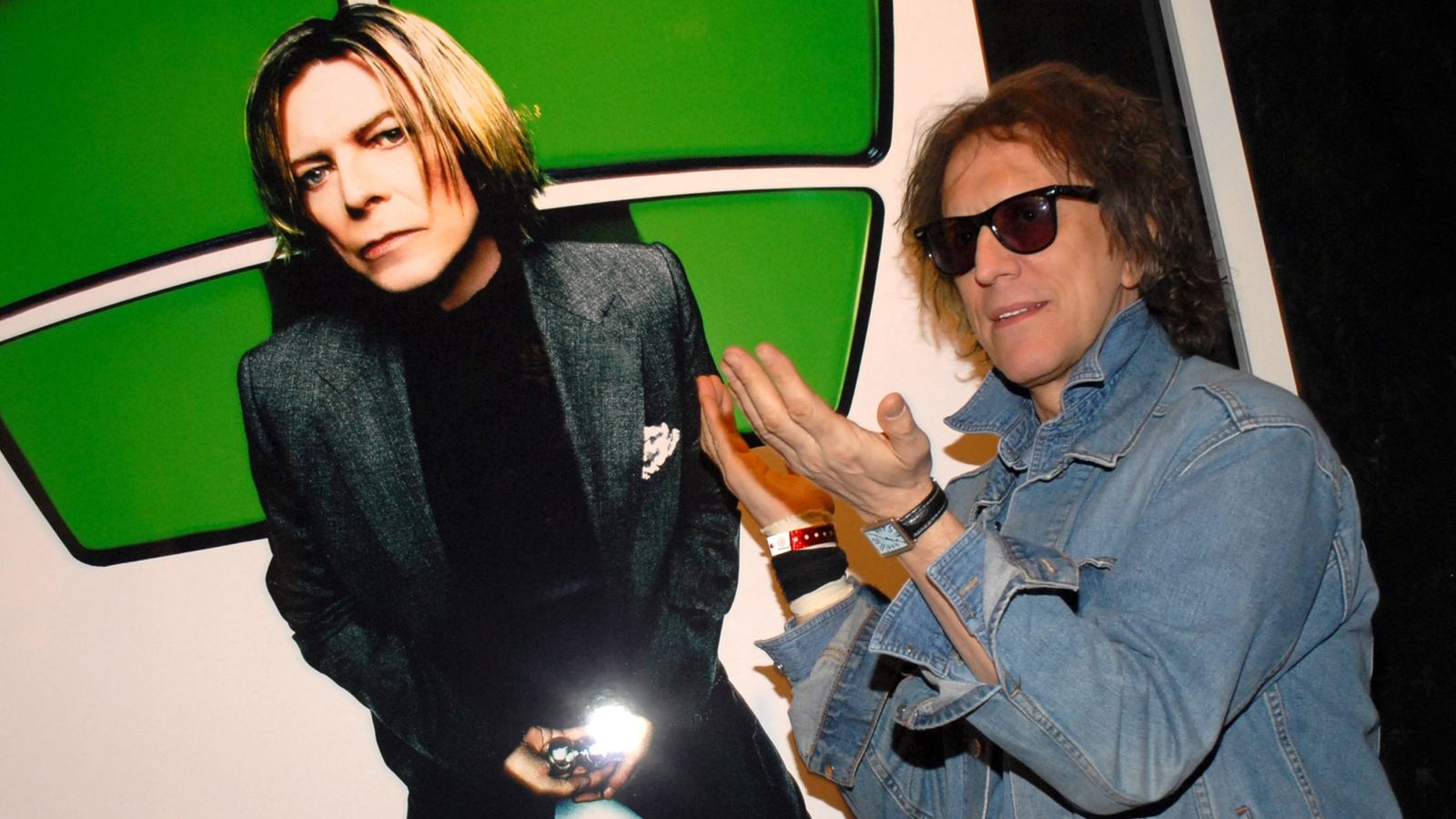 Music photographer Mick Rock, who snapped the likes of David Bowie, Queen, Debbie Harry, and Iggy Pop, has died at the age of 72.

He was Bowie’s official photographer in the early 1970s, helping to make the singer’s alter ego, Ziggy Stardust, a chart sensation.

And he even directed the Bowie videos for Jean Genie and Space Oddity.

A statement on Rock’s Twitter page confirmed the Briton’s death, saying: “It is with the heaviest of hearts that we share our beloved psychedelic renegade Mick Rock has made the Jungian journey to the other side.

“Those who had the pleasure of existing in his orbit, know that Mick was always so much more than ‘The Man Who Shot The 70s.’ He was a photographic poet – a true force of nature who spent his days doing exactly what he loved, always in his own delightfully outrageous way.”

The statement added: “The stars seemed to effortlessly align for Mick when he was behind the camera; feeding off of the unique charisma of his subjects electrified and energised him.

“A man fascinated with image, he absorbed visual beings through his lens and immersed himself in their art, thus creating some of the most magnificent images rock music has ever seen.

“To know Mick was to love him. He was a mythical creature; the likes of which we shall never experience again.”

It ended by saying rather than mourn his loss, his life should be celebrated. No cause of death was given.

Born in London in 1948, Rock studied at Cambridge University, where he met Syd Barrett, a founding member of Pink Floyd, who became one of his first subjects.

Rock had heart bypass surgery and a kidney transplant in the 1990s after years of rock ‘n’ roll excess.

Queen guitarist Brian May said he was “sad and shocked to hear of the passing of our friend, photographer Mick Rock”.

He said the “Queen II” cover picture “gave us an enduring image, inspired part of the ‘look’ of our Bohemian Rhapsody video a couple of years later, and has been widely imitated by others over the years since then”.

Her husband, Black Sabbath frontman Ozzy, was also among the big name stars that Rock snapped in his day.

Tim Burgess, the lead singer of The Charlatans, wrote: “Safe travels Mick Rock. You made music look so exciting x”.

Session musician for the likes of Bowie and Smashing Pumpkins, Mike Garson, also paid tribute, writing: “So sad to hear of Mick Rock’s passing. He was one of a kind with such an eye for aesthetics and seizing the right moments.

“He was also quite fun to travel with back in the days of the Spiders. Mick gave so much to this planet and he adored David. Mick’s journey shall continue.”