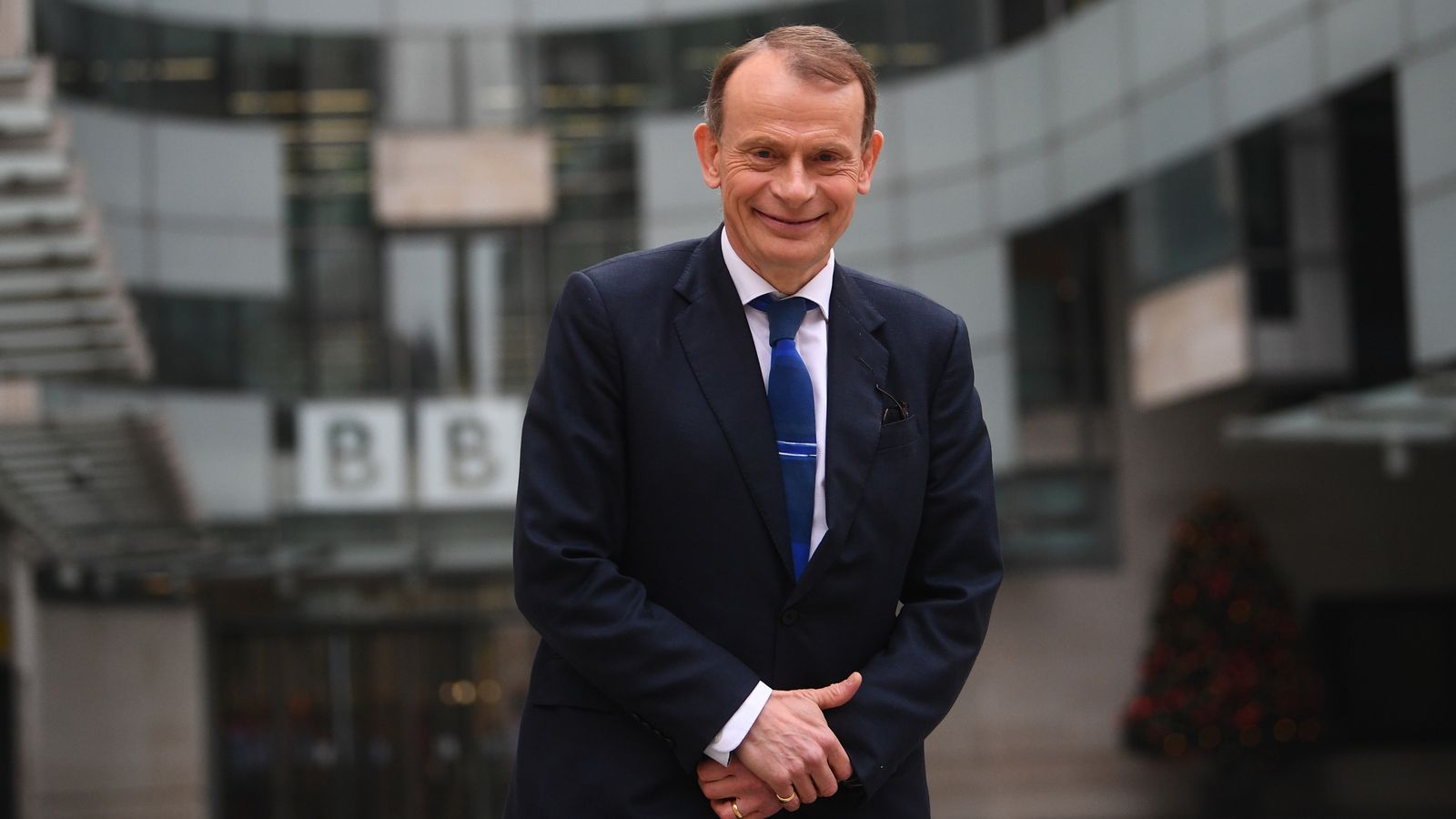 Andrew Marr has announced he is leaving the BBC after 21 years.

The veteran journalist and broadcaster, who has presented the BBC’s flagship political programme the Andrew Marr Show on Sunday mornings for the past 16 years, said he will be moving to Global “to write and present political and cultural shows and to write for newspapers”.

Breaking the news on Twitter, Marr, 62, told his followers he is “keen to get my own voice back”, adding that the new roles would give him “a new freedom” to do journalism with “no filter”.

“Personal announcement. After 21 years, I have decided to move on from the BBC,” his statement posted on social media said.

“l leave behind many happy memories and wonderful colleagues. But from the New Year I am moving to Global to write and present political and cultural shows, and to write for newspapers.

“I think British politics and public life are going to go through an even more turbulent decade, and as I’ve said, I am keen to get my own voice back.”

“I have been doing the Andrew Marr show every Sunday morning for 16 years now and that is probably more than enough time for anybody!”

A statement released by broadcaster Global said Marr will present brand new programmes on LBC and Classic FM next year, including an opinion-led programme broadcast on LBC “where he will give his view on the biggest issues of the moment”.

A new programme on Classic FM will see the veteran broadcaster playing music and “interviewing guests from the worlds of politics and the arts”.

Marr will also write a regular column for LBC’s website and present a new weekly podcast for Global, the broadcaster said.

The announcement comes less than a month after The Guardian reported that Laura Kuenssberg was in talks to step down as the BBC’s political editor.

The newspaper suggested that after six years at the helm, Kuenssberg could become a presenter on the Today programme as part of a major reshuffle of senior on-air staff.

Marr’s departure means there will be a vacancy to take his political programme’s prime time Sunday morning slot.

Among those likely to be strongly tipped to take over include BBC Radio 4 Today presenters Mishal Husain and Nick Robinson and outgoing BBC North America Editor Jon Sopel.

Marr said he will be taking up his new roles “from the New Year”.

In a statement released by Global, he said: “Coming to Global gives me a new freedom – to do fast-paced, very regular political journalism on LBC with no filter, in entirely my own voice.

“On Classic FM, I’ll be exploring my love of classical music, and culture generally, with some surprising guests. I feel I’m joining a young, hungrily ambitious and exciting company and I can’t wait to get stuck in.”

Director General of the BBC, Tim Davie, paid tribute to Marr for his long service to the broadcaster.

“Andrew Marr has been a brilliant journalist and presenter during his time at the BBC.

“He leaves an unmatched legacy of outstanding political interviews and landmark programmes.

“We wish him well for the next chapter.”

Fran Unsworth, the BBC’s outgoing director of news and current affairs, added: “Throughout his long and distinguished career at the BBC, Andrew has been a firm favourite with our audiences.

“Andrew started at the BBC as a knowledgeable and insightful political editor and went on to become a feature of the UK’s Sunday mornings, on Sunday AM, which became the Andrew Marr Show. He is a fantastic presenter and interviewer, whose wisdom and skill will be a loss to our screens.

“We thank him greatly for his years of service and wish him the best of luck in his new role.”