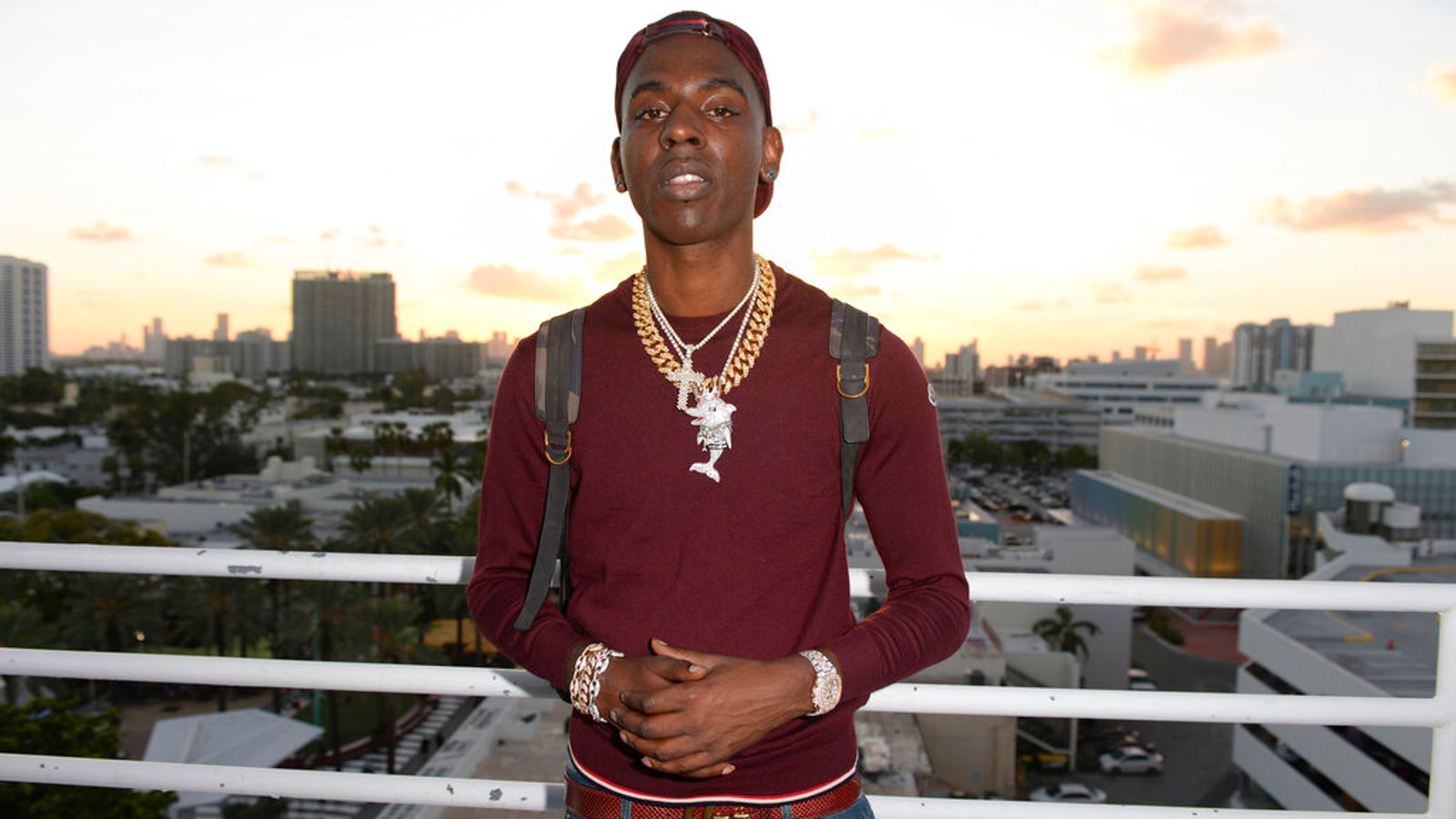 US rapper Young Dolph has been shot dead at a cookie shop in his hometown of Memphis, police have said.

The 36-year-old star, real-name Adolph Roberton Thornton Jr, was gunned down outside Makeda’s Cookies near Memphis International Airport on Wednesday in the US state of Tennessee.

Memphis Police said they had no information on the possible suspect in the shooting, but a search was underway.

TMZ reported that a vehicle pulled up after Dolph entered the shop, and fired through a front window, striking the rapper.

He had been in town Monday to visit aunt who has cancer, and was also giving out Thanksgiving turkeys, his cousin Mareno Myers told The Daily Memphian newspaper.

“He was inside, and somebody just rolled up on him and took his life,” Mr Myers said.

TMZ also reported that his lawyer said Dolph had been in town for his “annual Thanksgiving giveaway” and had been living in Atlanta.

He was scheduled to hand out a truckload of turkeys to people in his old hometown on Wednesday afternoon – and had planned on heading to the event after visiting the cookie shop, the publication reported.

Who was Young Dolph?

Young Dolph had been targeted in the past – surviving two previous shootings.

In September 2017, he was shot multiple times after a fight outside a Los Angeles hotel. He was hit in the arms and buttocks and spent two weeks in hospital. Months earlier, in February, his SUV was shot at in Charlotte, North Carolina, more than 100 times.

The February 2017 shooting was the inspiration for the song 100 Shots, with the rapper later saying he survived because of the bulletproof panels in his vehicle, according to The Commercial Appeal.

Born in Chicago on 27 July 1985, Dolph moved to Memphis when he was two. He released numerous mixtapes, starting with 2008’s Paper Route Campaign, as well as multiple studio albums, including his 2016 debut King of Memphis. He also collaborated on other mixtapes and albums with fellow rap artists including Key Glock, Megan Thee Stallion, TI, Gucci Mane, 2 Chainz and others.

The rapper had three albums reach the top 10 on the Billboard 200, with 2020’s Rich Slave peaking at number four. His music entailed stories of being a drug dealer and life on the streets of Memphis.

A video from the crime scene circulating online showed a large police presence, with people recording the aftermath on their phones. It also shows the rapper’s car parked outside the shop.

Just last week, the cookie shop posted a video on Instagram of Dolph promoting the shop’s cookies, saying he pays a visit whenever he is in Memphis.

Dolph had been admired by many in the industry for his independent approach to the music business – much like Los Angeles rapper Nipsey Hussle, who was killed in 2019.

His Paper Route Empire label retained control over his material.

Tributes have been pouring in from figures across the music industry since the news of his death.

R. I.P. to my friend Dolph this broke my heart

Gucci Mane posted: “RIP to my friend Dolph this broke my heart.”

Record producer Omen also posted tweeted a tribute, saying, “we losing too many black men to poor health, racism, jail, etc. already. we gotta find a way to heal and not add to that with our own violence. prayers for young dolph family and friends. RIP.”

APA, the rapper’s talent agency, said it was shocked and saddened to hear of his death.

“The world has lost an icon, a great man and beloved artist who has been taken too soon,” the agency said in a statement.

“His dedication, drive, hard work and loyalty to all those around him always came first and he will be deeply missed.”

Chinese spy balloon ‘detrimental’ to planned US visit, says Blinken
‘Coming very soon!’: Jeremy Renner shares image of new show which will be out ‘as soon as I’m back on my feet’
British Steel draws up plan for 800 job losses amid government funding talks
The deadly assault draws painful parallels for Americans who are no strangers to videos of police violence
Concerns about golden eagles are partly prompting the redesign of a Scottish wind farm