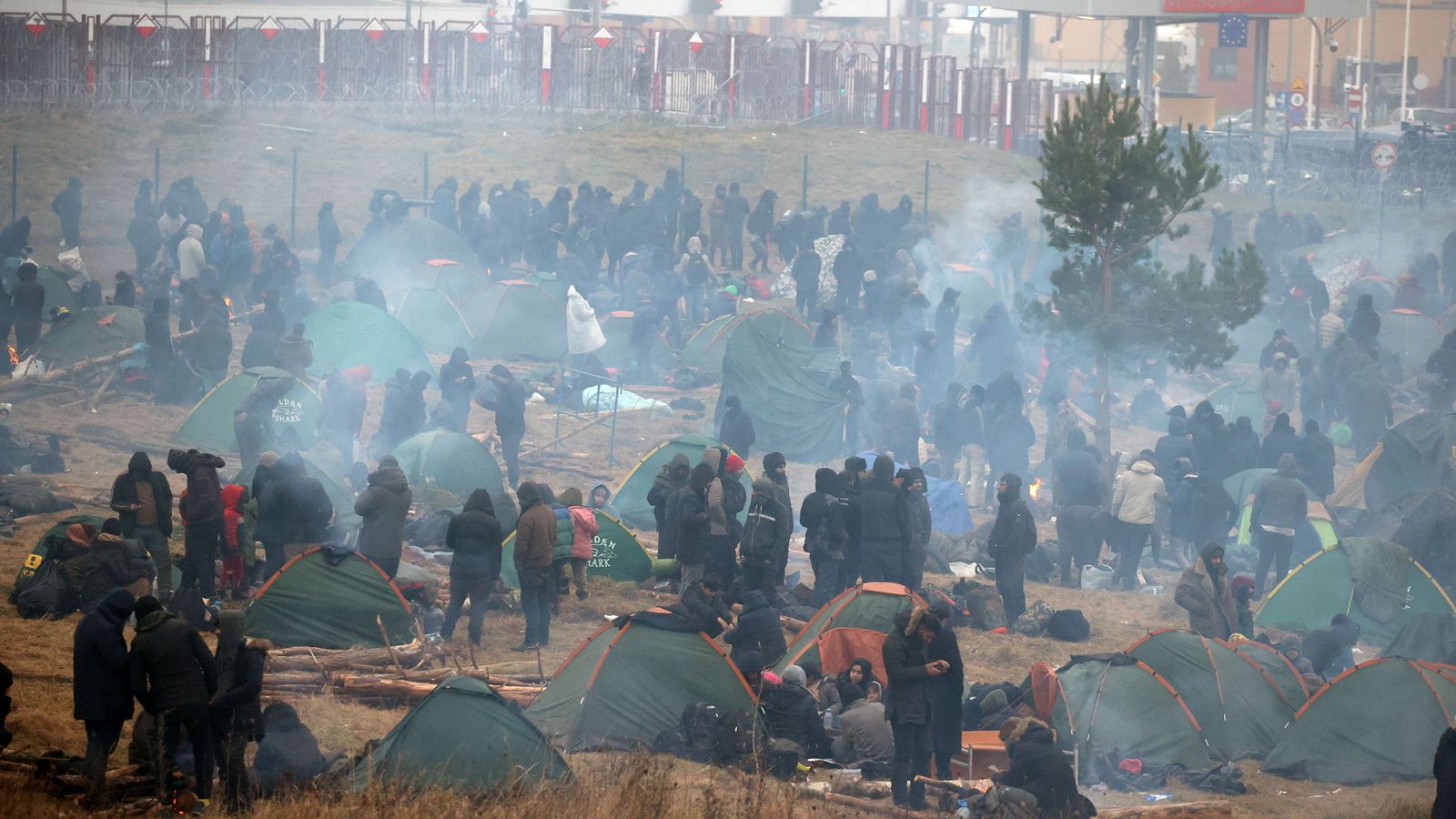 More than 400 migrants, who have camped for weeks at Belarus’ borders with the EU, have boarded a deportation flight bound for Iraq.

Some 430 people, mostly Iraqi Kurds, were booked onto a flight due to leave this afternoon from Minsk airport, the Iraqi foreign ministry said.

They were due to board the flight at 1.45pm, bound for Erbil in Iraq‘s autonomous northern Kurdistan region, and then on to Baghdad, the ministry added.

Iraqis, especially Kurds, make up a significant number of the estimated 4,000 migrants trapped at the Belarus border trying to cross into Lithuania, Latvia and Poland.

Buses and planes are also being organised to relocate some of men, women and children camping there after two weeks of rising tensions.

The EU has accused Belarus of encouraging migrants towards its borders in retaliation for sanctions over a crackdown on protests last year against President Alexander Lukashenko‘s contested re-election.

Mr Lukashenko said Belarus was trying to persuade migrants to go home but that none of them wanted to return.

Many migrants say they have been prevented from returning through Belarus.

Poland’s Border Guard tweeted on Thursday that there had been 501 attempts to cross the border on Wednesday, with one group consisting of about 500 people – an increase from previous days.

Poland’s Defence Ministry said that one of the attempts – by a group of about 100 people – was inspired by Belarusian forces.

At least eight people have died at the border in recent months, including a 19-year-old Syrian man who drowned in a river trying to cross to the EU.

Amanda Serrano-Erika Cruz live results and analysis
Microsoft’s $69bn takeover of Activision a step closer to being blocked by UK watchdog
5,600 buildings destroyed by quake in Turkey – as civil war complicates rescue efforts in Syria
Zelenskyy cheered as he says ‘freedom will win’ during historic UK address
Marsch sacked by Leeds after poor run of form