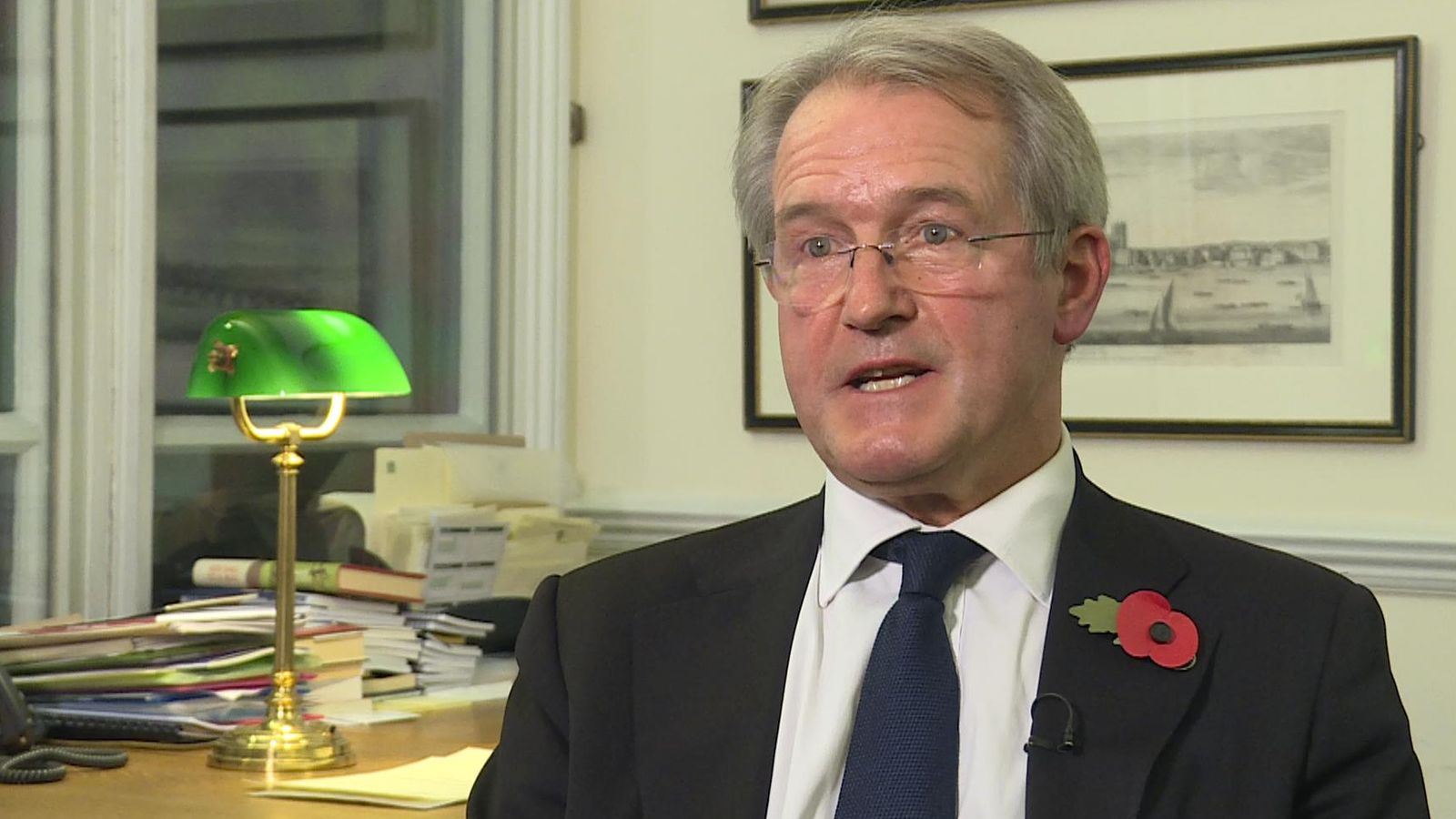 Boris Johnson has finally admitted the Conservative ex-minister at the centre of Westminster’s sleaze row broke lobbying rules – two weeks after the prime minister encouraged a bid to save Owen Paterson from a House of Commons suspension.

Under questioning from a Commons committee of senior MPs, Mr Johnson acknowledged that Mr Paterson had “fallen foul of the rules” on lobbying.

“I think it was a very sad case but I think there’s no question that he had fallen foul of the rules on paid advocacy as far as I can see from the report,” the prime minister told the liaison committee.

Pressed later on whether he believed Mr Paterson broke lobbying rules, without any qualification, Mr Johnson replied: “Yes I do.”

He added: “Let me repeat, it was clear to me that he’d broken the rules, that he’d fallen foul of the rules that we have in parliament.”

After two weeks of intense scrutiny of MPs’ outside interests in the wake of the row over Mr Paterson, Mr Johnson also admitted it may have “helped a bit” if he had acknowledged sooner that Mr Paterson had broken lobbying rules.

The prime minister’s committee appearance came two weeks after he controversially encouraged Conservative MPs to save Mr Paterson from a 30-day suspension from the Commons and to enact an overhaul of parliament’s standards processes.

Referring to paid lobbying work by MPs that breaches rules, Mr Johnson told the committee on Wednesday: “Frankly I think it is extraordinary that colleagues sometimes do behave in this way.

“And is it quite right that the commissioner is able to investigate and to hold them to account.”

Mr Johnson reiterated his previous admission that it was “a mistake” to conflate Mr Paterson’s case with a shake-up to disciplinary procedures for MPs.

“I’ve accepted that it was a mistake and that it was my mistake,” he said. “All we wanted to do was to see whether – in view of the particular and frankly tragic circumstances of the case – there was any scope, cross-party agreement, on an appeals process.”

The prime minister added: “I think it was a total mistake not to see that Owen’s breach of the rules… made any discussion about anything else impossible.”

Mr Johnson also suggested that he had been told there would be “cross-party support” for a shake-up of standards rules in relation to Mr Paterson’s case.

“I’m very willing to accept I was mistaken in that belief,” he said.

Mr Paterson, who has resigned as MP for North Shropshire amid the row over his case, was last month found to have breached lobbying rules during his £110,000 per year consultancy work for Randox, a clinical diagnostics company, and Lynn’s Country Foods, a meat processor and distributor.

The prime minister had initially wanted Mr Paterson to be saved from a Commons suspension while his case – and reforms to standards processes – was reviewed by a new Conservative-dominated committee.

But, amid a huge outcry that saw Labour accuse the government of “corruption”, Mr Johnson swiftly U-turned and MPs have since formally endorsed the findings against Mr Paterson.

Mr Paterson has maintained he did not break lobbying rules and strongly criticised the investigation into him, claiming it “undoubtedly played a major role” in his wife, Rose Paterson, taking her own life in June last year.

In his committee appearance, the prime minister also suggested he ordered Business Secretary Kwasi Kwarteng to apologise to the parliamentary commissioner for standards, Kathryn Stone.

Mr Kwarteng this week wrote to Ms Stone after he previously cast doubt over her future in a Sky News interview, while he defended the government’s initial actions in attempting to save Mr Paterson from suspension.

In his letter, sent 11 days after he made the comments, Mr Kwarteng admitted he “should have chosen my words more carefully” when he said it was “difficult to see” a future for Ms Stone.

“The process by which the letter was generated was one that involved collaboration between me and Lord Geidt [the independent adviser on ministerial standards] and my reliance upon him for his advice,” Mr Johnson told the committee.

Asked if he ordered Mr Kwarteng to apologise, Mr Johnson said: “That’s a matter between me and the business secretary.

“But if you mean did Lord Geidt tell the business secretary to apologise, the answer is ‘no’.”

The prime minister denied that he had asked Mr Kwarteng to use a TV interview to suggest Ms Stone should consider her position.

There have been signs that the continuing sleaze row at Westminster – prompted by the controversy over Mr Paterson’s case – has caused political harm to both the prime minister and the Conservative Party, with Labour having pulled ahead of the Tories in recent opinion polls.

Mr Johnson is now attempting to win cross-party support for proposals to ban MPs from working as paid political consultants or lobbyists.

Anyone feeling emotionally distressed or suicidal can call Samaritans for help on 116 123 or email jo@samaritans.org in the UK. In the US, call the Samaritans branch in your area or 1 (800) 273-TALK