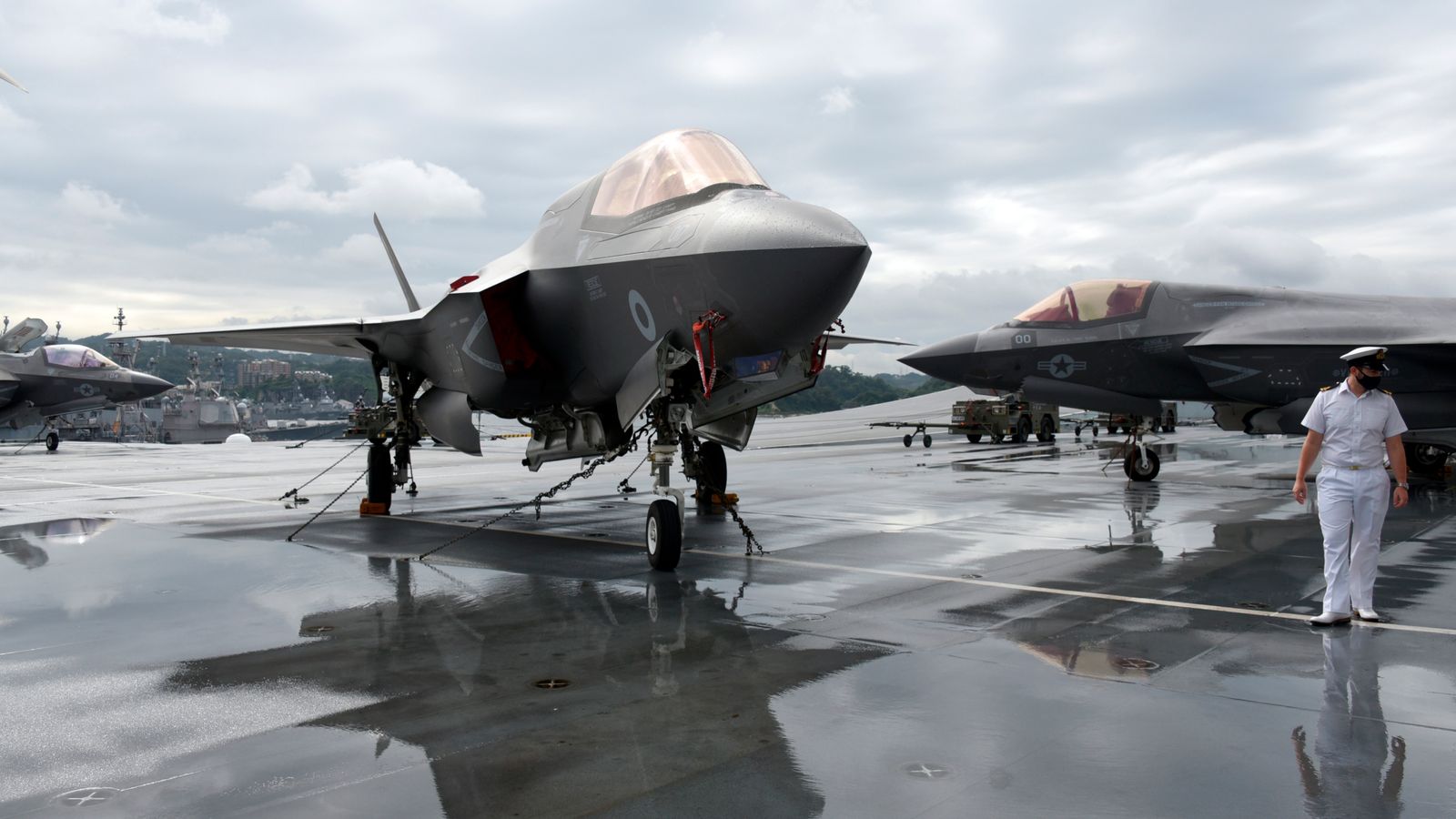 A British F35 jet from the UK’s flagship aircraft carrier has crashed into the Mediterranean while flying and the pilot has ejected in the first such incident to impact HMS Queen Elizabeth.

Hostile action is not thought to have been involved.

An investigation will likely focus on potential technical or human error.

A Ministry of Defence spokesperson said: “A British F35 pilot from HMS Queen Elizabeth ejected during routine flying operations in the Mediterranean this morning.

“The pilot has been safely returned to the ship and an investigation has begun, so it would be inappropriate to comment further at this time.”

The £100m next-generation RAF F35 jet is thought to be in the sea and has yet to be recovered.

Eight British F35 jets are on the carrier, along with 10 American F35s. They are the B variant of the Lockheed Martin jet, which can take off at a short distance and land on the carrier.

HMS Queen Elizabeth is returning to the UK after more than seven months at sea on a maiden voyage to the Far East and back.

The incident occurred at approximately 10am UK time in international waters. No other vessels or aircraft were involved.

A comprehensive military air investigation will be conducted urgently.

All other F35 operational and training flying continues.

Sam Bankman-Fried tried to influence witness through Signal, DOJ alleges
Scientists figured out how to protect perovskite solar cells in space
‘We will fight’: A David and Goliath battle is taking place in Bakhmut
Stormzy announced as latest performer for Brit Awards 2023
Quick Charge Podcast: January 26, 2023