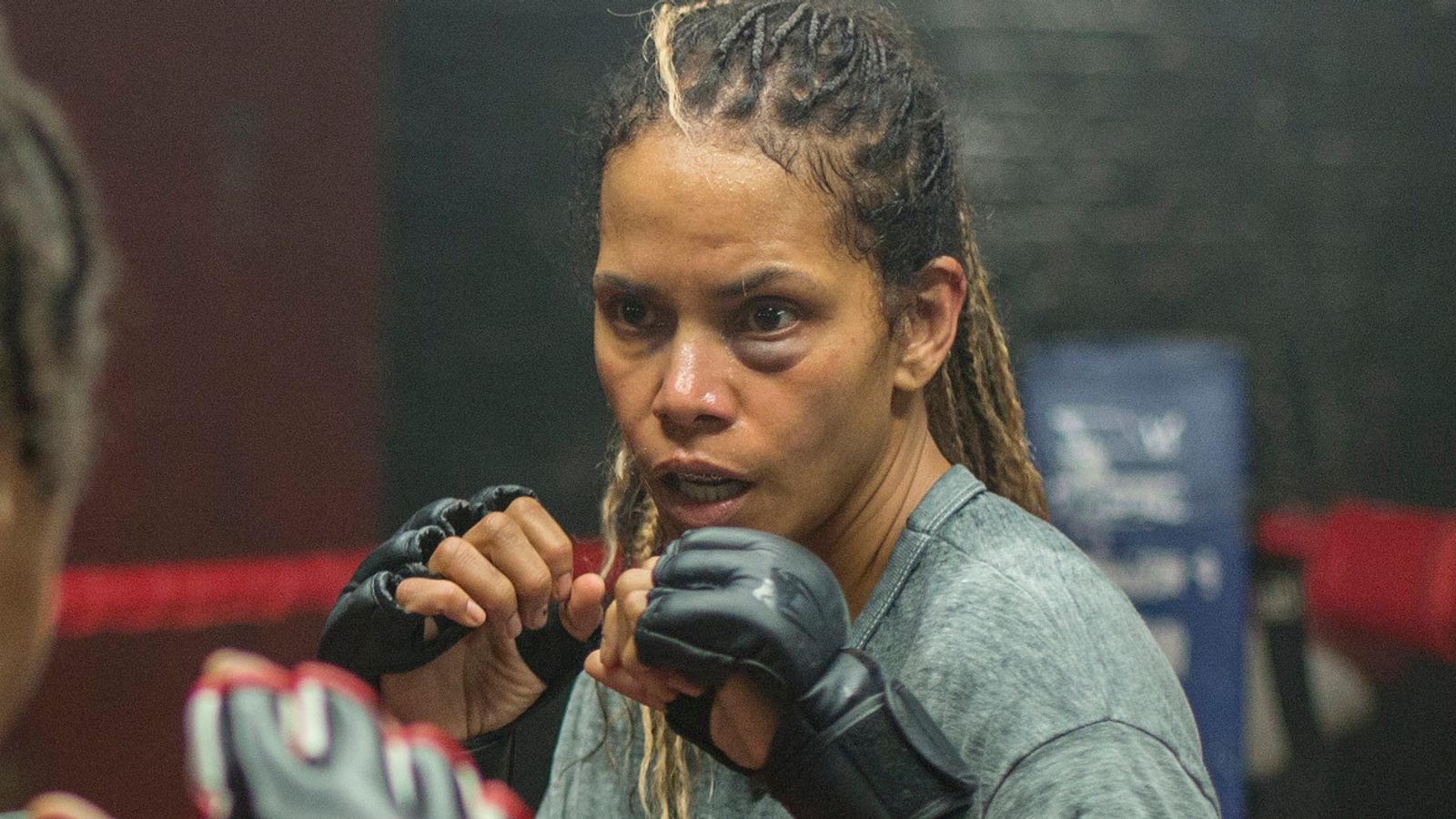 Halle Berry’s directorial debut may include some of the movie tropes we’re familiar with.

A fighter who’s been written off returning to the ring, a parent trying to turn things around when an estranged child comes back in to their life and a woman manipulated by the man who supposedly loves her.

But Berry’s gritty drama Bruised sees the themes reframed and told from the perspective of a black woman – which isn’t something audiences will be so familiar with.

The star – who made history when she became the first and only African-American woman to win the best actress Oscar in 2002 – says now she’s made the movie she appreciates the value of telling the story from her point of view.

“And as I’ve been talking to people about it and having them say it was hard hitting and it was, ‘wow, that was harsh’, and I’m thinking, ‘well, yeah, imagine living it, you know, it’s hard for you to watch it, imagine if that’s your reality’.”

“And the truth is, this is the reality of so many people, and so bringing some light to this subject really is important, and it takes people who’ve lived it, who understand it from this point of view, meaning black females, to tell these stories, and I think it’s a needed voice in the world.”

In the film Berry plays aging MMA fighter Jackie Justice, who accepts an offer to get back in the ring while also dealing with the unexpected return of her 6-year-old son.

The character is fighting on all fronts – fellow women in the ring and various demons and issues outside the sport.

Ultimately the film is about the power of women – a subject Berry wants to see more of on screen.

“And this is one way for us to sort of get that out into the world through art in this way.”

It’s almost two decades since Berry’s historic Oscar win, and since then there’s been pressure on Hollywood to be more inclusive, with the MeToo movement and open conversations about how to address a lack of diversity in the industry.

“I mean, look around – when I started 30 years ago, there were very few women of colour doing the things that we’re doing today, I look around, they’re everywhere today, and that’s true, they are.

“We’re living a new reality than we were when I started – I was making a way very much out of no way, I was the only one, I was one of the few, and now there’s many of us out here living our dreams, you know, telling stories, having great roles to play.

“So yeah, I do think things are changing – more female directors than ever before, producers… Is change slow? Most change is, but I see great strides and I see how we’re growing and the growth is really real.”

Despite her years of experience on sets, Berry said taking on the role of director has given her a fresh perspective on the way that films are made.

She says it will definitely change how she sees things as an actress in the future.

“Once you wear this skin and you actually are in charge of an entire production, you realise now why certain decisions were made,” she explained.

“I mean, when I was just an actor, I used to always wonder ‘now why would they schedule the scenes like this? This makes no sense, this is making our job as actors indelibly harder’ – now having been on the other side, I do understand now there’s a reason that has nothing to do with you, actor.

“There’s a bigger thing at play here, there’s other departments, other elements that go into putting a day together and budgeting a film and boarding a film – it’s not always about what’s going to be best for the actors to perform their roles.

“So I now will never ask a director again ‘and why did you schedule this like this? This makes no sense’. Never again.

Bruised is available to stream on Netflix.