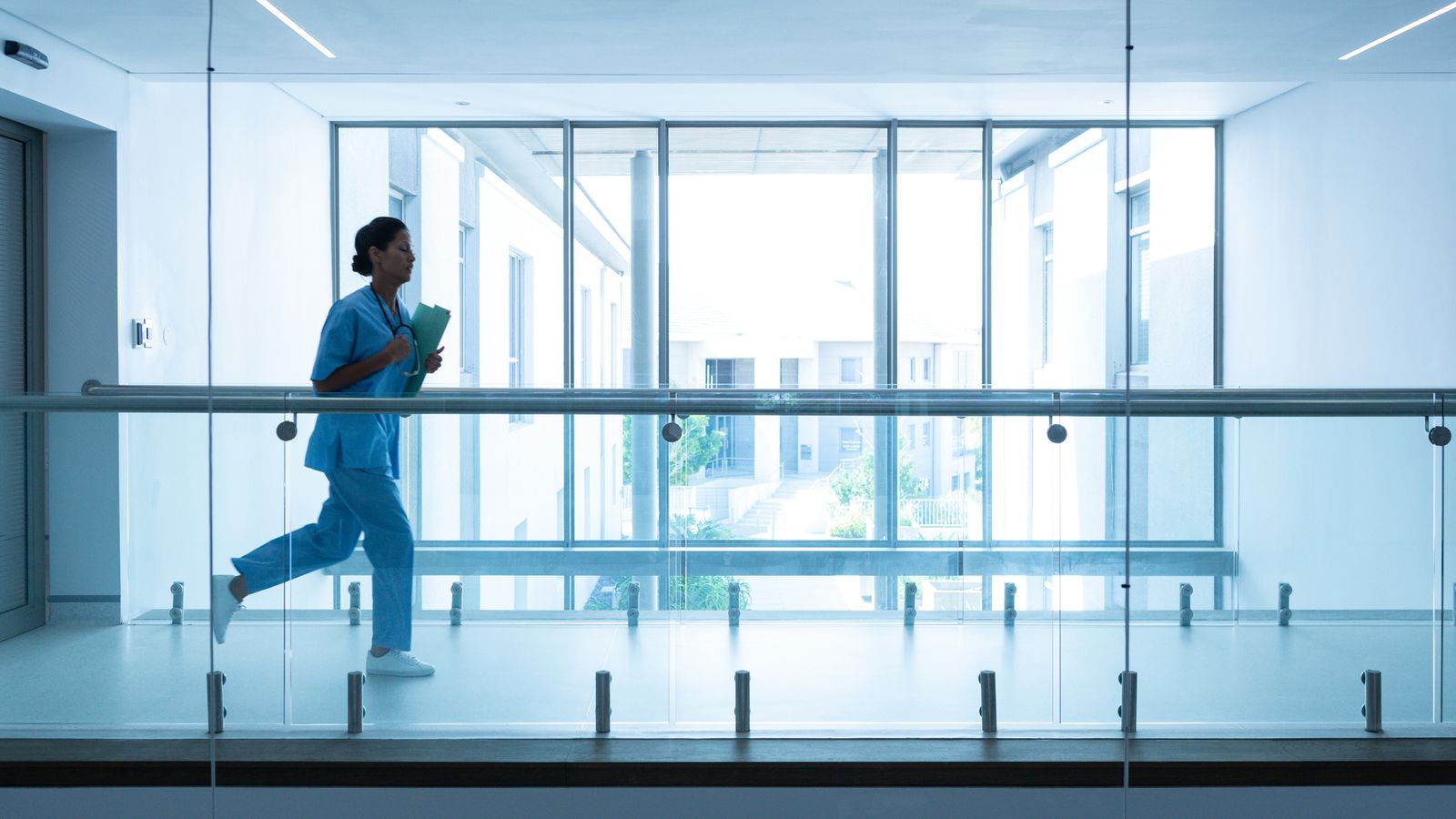 The NHS is facing the “most difficult winter in its history”, with almost 90% of hospital trust leaders feeling “extremely concerned”, research has found.

NHS Providers, which carried out the survey, said that while cases of COVID-19 are “well below” their peak in January, some trusts are “beyond full stretch”.

It is urging the government to offer cash bonuses of about £500 to stop social care staff leaving for jobs in “hospitality, supermarkets, or online firms such as Amazon”.

Chris Hopson, chief executive of NHS Providers, said the bill would come to about £750m.

He said: “While £500 is not as high as some employers in retail and hospital are offering as a ‘golden hello’ in the run up to Christmas, this is a price worth paying if it helps keep social care functioning as we need it to through the winter.”

The organisation said the “traditional peak of winter demand usually runs from mid-November to end-February, with pressure often greatest in January”.

Health leaders are calling on the government to take “immediate, emergency action to support social care”, it added.

NHS Providers said it had spoken to 172 board level trust leaders from 114 trusts,

According to its results, 87% are extremely concerned about the impact of winter on their trust and local area.

When asked the same question last year, the figure was 56%.

Moreover, 94% said they are extremely or moderately concerned about staff burnout.

Mr Hopson said that some trust leaders are “finding it impossible to recruit extra staff”.

People who work in care homes in England must now be double-vaccinated, while those in other health settings have been given an April deadline.

Meanwhile, the number of people waiting more than six weeks for a heart scan is 20 times higher than it was before the pandemic, a charity has said.

In addition, analysis from the British Heart Foundation (BHF) has found that NHS England is doing 10,000 fewer echocardiograms (echos) each month than before the pandemic.

Echos look at the structure of the heart and are routinely used to diagnose congenital disease and problems with valves.

The BHF said it is concerned that reduced access to the tests may have created a large backlog of people who need treatment.

“Long waits put lives at risk,” it said. “Delaying a heart disease diagnosis increases the likelihood of death or disability.”

It said the government “must act now” to address the “cardiology NHS workforce crisis” and outline how “newly announced diagnostic centres” could be brought into play.

The most recent figures show that at the end of September, 64,962 people in England had waited more than six weeks for an echo, compared to 3,238 at the end of February 2020, BHF said.

Diane Phillimore, 63, a carer from Calne in Wiltshire, needs an echocardiogram to show if she requires surgery to repair or replace a valve in her heart.

Her original appointment in March 2020 was cancelled because of the pandemic. It has now been rescheduled for this month – 20 months later.

“The whole situation is shocking,” she said. “I just want to know if I need surgery or if my heart is working properly, so I can move forward. Until then, it’s always there in the back of my mind.”

Sonya Babu-Narayan, Associate Medical Director at BHF, said: “Waiting lists for heart treatments were too long even before the pandemic began.

“Without an echocardiogram, doctors can’t see how well the heart is working and if someone needs potentially life saving treatment for heart disease.”

The Department for Health and Social Care has been approached for comment.