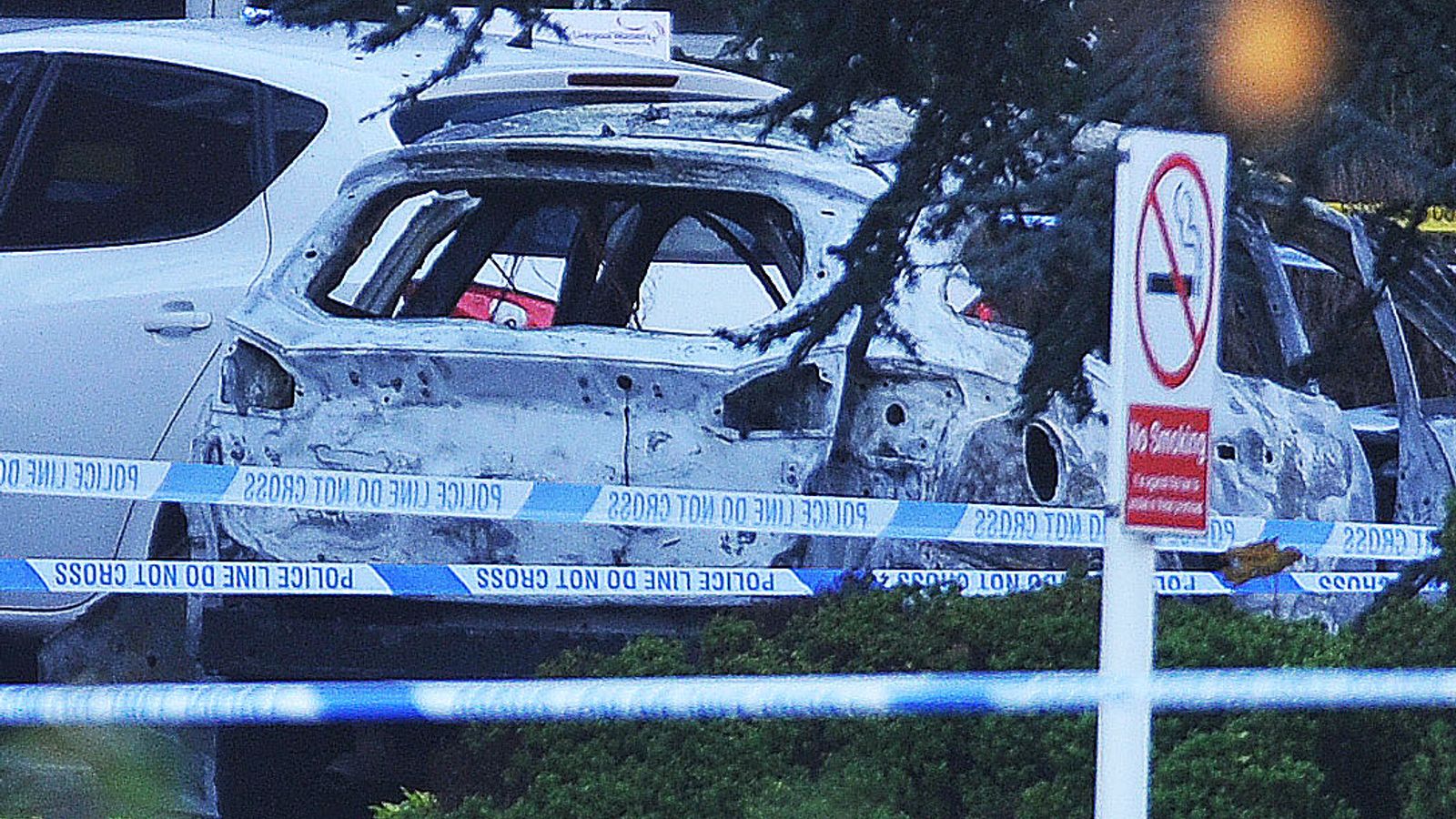 Three people have been arrested by counter-terror police following a fatal car explosion outside a Liverpool hospital.

The men are aged 29, 26, and 21 according to police and were detained in the Kensington area of Liverpool before being arrested under the Terrorism Act, in connection with the explosion.

“Detectives from Counter Terrorism Police North West continue to keep an open mind about the cause of the explosion and are working closely with colleagues at Merseyside Police as the investigation continues at pace,” the police statement added.

Merseyside Police said officers were called to Liverpool Women’s Hospital at 10.59am on Sunday. Images shared online showed a car on fire and later burnt out, with smoke billowing over the building.

Armed police were pictured outside a house in the city following the explosion.

“Unfortunately, we can confirm that one person has died and another has been taken to hospital where he is being treated for his injuries, which thankfully are not life-threatening,” the force said.

A later statement confirmed that the deceased was a passenger in the car, and that the driver was injured and remains in hospital in a stable condition.

“So we far we understand that the car involved was a taxi which pulled up at the hospital shortly before the explosion occurred,” the statement added.

Counter-terrorism officers are leading the investigation “out of caution” but detectives said they are keeping an “open mind” over the cause.

The hospital said visiting was being restricted until further notice, with patients diverted to other hospitals where possible.

A statement said ambulances were still arriving and that staff could leave and enter “under the supervision of the police”.

I am being kept regularly updated on the awful incident at Liverpool Women’s Hospital.

Our police and emergency services are working hard to establish what happened and it is right they are given the time and space to do so.

Phil Garrigan, chief fire officer of Merseyside Fire and Rescue Service, said the blaze was “fully developed” when his crews arrived and that the injured person had escaped before it took hold.

He told reporters: “The operational crews extinguished the fire rapidly but as has been reiterated by the police chief constable, there was one fatality.

“Another individual had left the vehicle prior to the fire developing to the extent that it did.”

“My thoughts are with those affected,” she tweeted. “I’d like to thank the emergency services for their swift response and for bringing calm to the situation.”

Home Secretary Priti Patel posted to say she was being “regularly updated” on the “awful incident”.

“Our police and emergency services are working hard to establish what happened and it is right they are given the time and space to do so,” she added.

A cordon and road closures have been put in place while police examine the scene.

No arrests have been made.