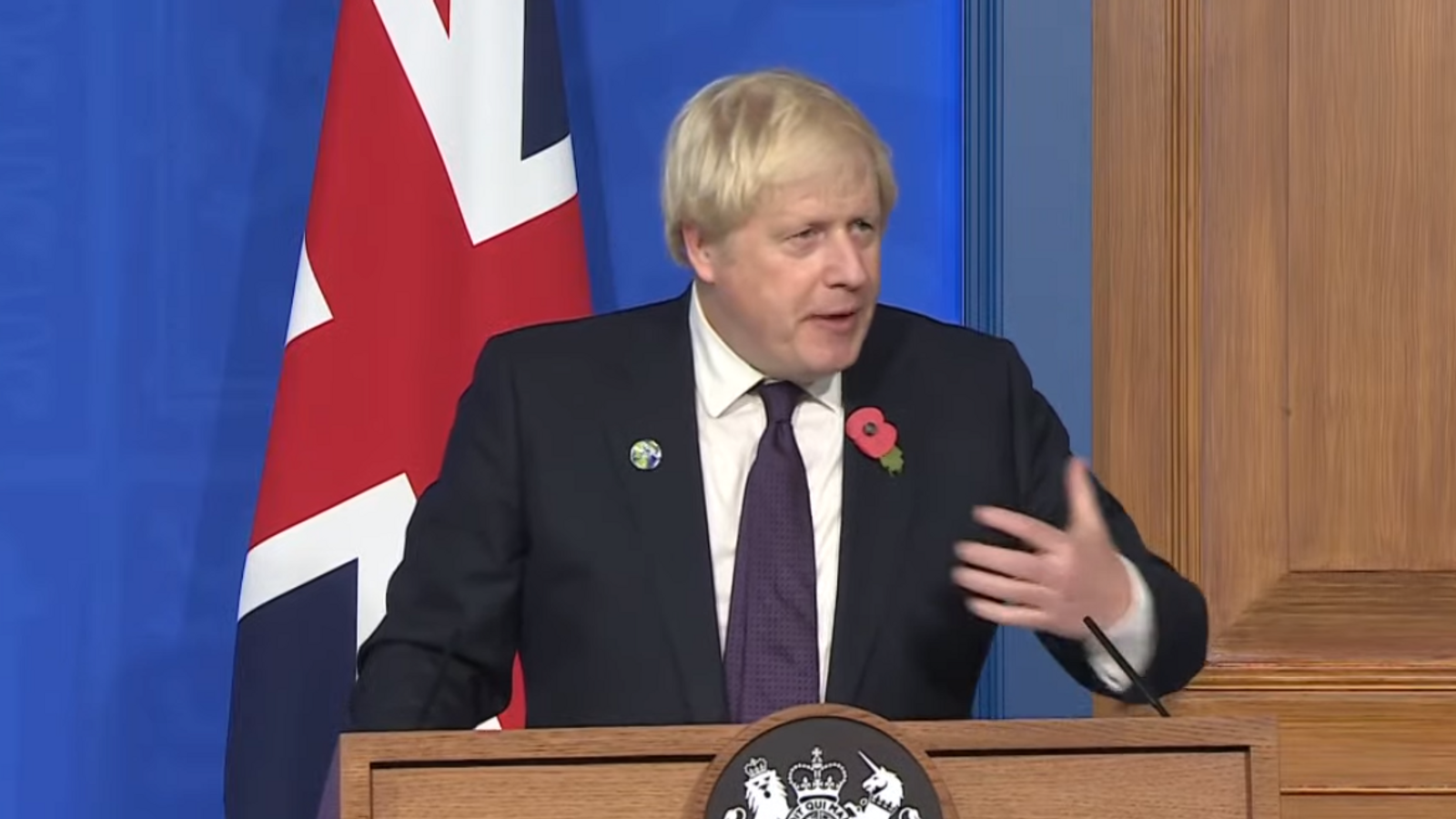 Prime Minister Boris Johnson has hailed the “game-changing” agreement made at COP26 but says that countries need to “stand by” the decisions they made in the 11th hour of the talks.

The climate talks ended with an agreement on Saturday, after 15 days of deliberations, although, a late disagreement over the wording on fossil fuels saw pledges on coal watered down.

Critics have said Glasgow’s aim of keeping global temperatures from rising to 1.5C above pre-industrial levels is in “intensive care”, after India and China requested a commitment to “phase out” coal was changed to “phase down” at the last-minute.

In a news conference on Sunday evening, Mr Johnson said his “delight” at the progress made was “tinged with disappointment” thanks to the change on coal commitments.

He added: “Countries demanded a high level of ambition for this summit. And while many of us were willing to go [there], that that wasn’t true of everybody.

“And sadly, that’s the nature of diplomacy. We can lobby, we can cajole, we can encourage, but we cannot force sovereign nations to do what they do not wish to do.”

Mr Johnson was joined by COP26 president Alok Sharma who said there was a “really tense hour” at the end of the talks where he believed the “deal was absolutely in jeopardy”.

Mr Sharma has insisted that the summit has “kept 1.5C within reach” but that China and India will have to “justify” their decision to have the agreement altered at the 11th hour.

On Sunday evening, he once again hailed the agreement as a “historic achievement” but said China and India would have to “explain themselves to developing countries” who will be disproportionately impacted by the climate crisis.

Mr Johnson said he “fully and humbly” accepted that the summit had not delivered the “full solution” to climate change, but that it had achieved “just about as much as we could have hoped”.

Nevertheless, he insisted the world is heading in the right direction.

“Even the most pessimistic commentator will tell you that 1.5C, that goal of restricting the growth in temperatures to 1.5C, is still alive,” Mr Johnson said.

“Now the work continues to make that ambition a reality.”

Mr Sharma, the former business secretary, got emotional in the final few hours of the conference on Saturday, holding back tears as he apologised for the way the conference had “unfolded”, following an angry outpouring from Europe and vulnerable nations over the wording change.

Mr Sharma told Sky News’ Trevor Phillips On Sunday: “Yes, of course I would have liked to ensure we maintain the ‘phase out’ rather than changing the wording to ‘phase down’, but on the way to phasing out, you’ve got to phase down. 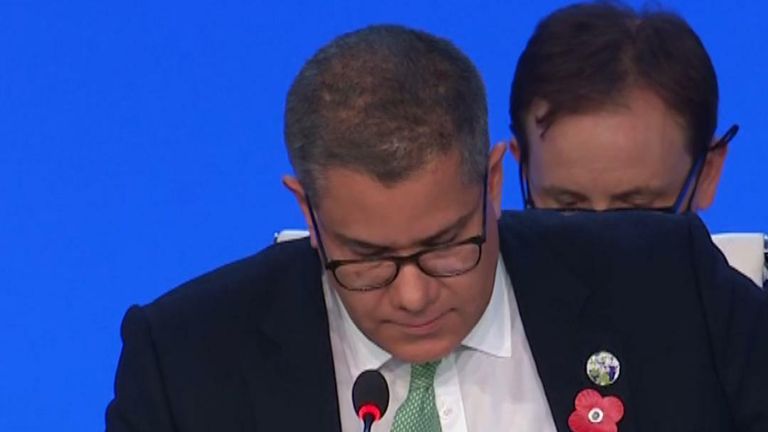 “But, ultimately, of course, what we need to ensure is that we continue to work on this deal, on these commitments, and on the issue of coal, China and India are going to have to justify to some of the most climate vulnerable countries what happened.”

Asked whether his emotional reaction to the change in language on coal was an admission of failure, Mr Sharma told the BBC: “I wouldn’t describe what we did yesterday as a failure – it is a historic achievement.”

He hailed agreements for countries to revisit and strengthen their 2030 national climate action targets by the end of 2022 and for annual “high level” ministerial meetings on tackling emissions, as he urged for countries to be held “to account for the commitments that were made” in Glasgow.

China, India must ‘justify’ themselves

But the final accord has come in for criticism, with shadow business and energy secretary Ed Miliband warning that “keeping 1.5 degrees alive is frankly in intensive care”, with a “chasm” between what was agreed in Scotland and what still needs to be done to slash emissions.

The former Labour leader told Trevor Phillips: “The task of the world is to halve global emissions over the coming decade, that’s by 2030, that’s what the scientists tell us is necessary to keep 1.5 degrees alive and the truth about Glasgow, despite some progress, is that the world is only probably about 20% or 25% of the way to that goal.”

The UN’s climate change chief Patricia Espinosa, however, backed Mr Sharma’s assessment of the conference, telling Andrew Marr the goal of limiting temperature rises to 1.5C is “definitely alive” after the summit.

Follow live coverage on web and app with our dedicated live blog.

Get all the latest stories, special reports and in-depth analysis at skynews.com/cop26