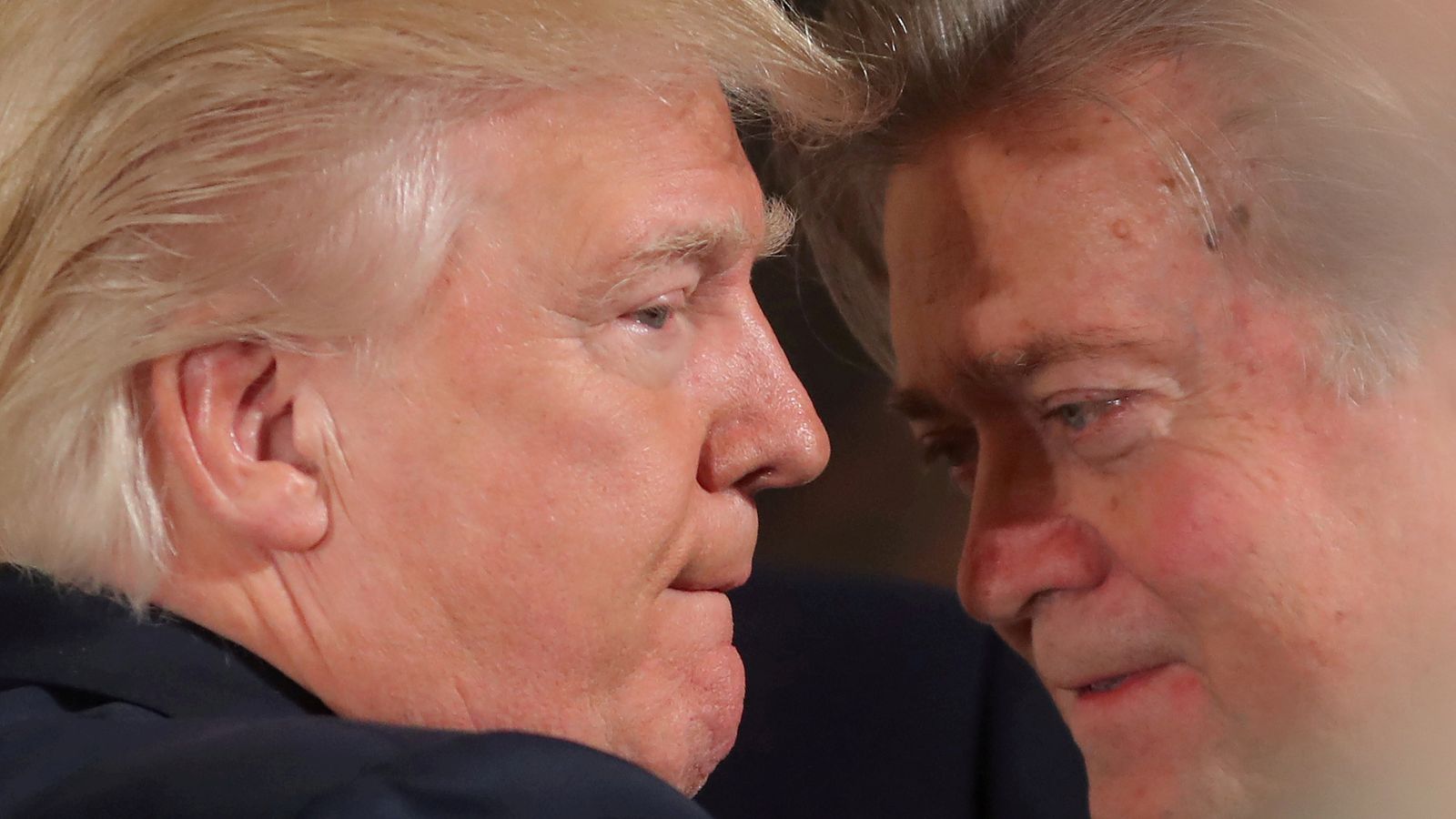 Former Trump aide Steve Bannon has been indicted by a federal grand jury on two counts of contempt of the US Congress.

Bannon, who was White House chief strategist under Donald Trump, is accused of failing to comply with a subpoena issued by a House Select Committee investigating the US Capitol riot on 6 January.

The 67-year-old has cited a claim, apparently from Donald Trump, that his communications are protected by a legal doctrine of executive privilege.

Each count carries a sentence of up to a year behind bars.

Last month Representative Bennie Thompson, who sits on the committee, said it would “not tolerate defiance of our subpoenas”.

He added in a statement: “So we must move forward with proceedings to refer Mr Bannon for criminal contempt.”

Newgate wins race run only by 4 Baffert horses
Sixth Memphis police officer sacked over Tyre Nichols’ killing
‘Our hands cannot pick anything up’: Frustrated Turks criticise Erdogan’s response to earthquake
Sunak sets out yet more priorities with reshuffle – the public will wait to see what’s delivered
Some of Wall Street’s biggest names are exposed to the Adani Enterprises plunge