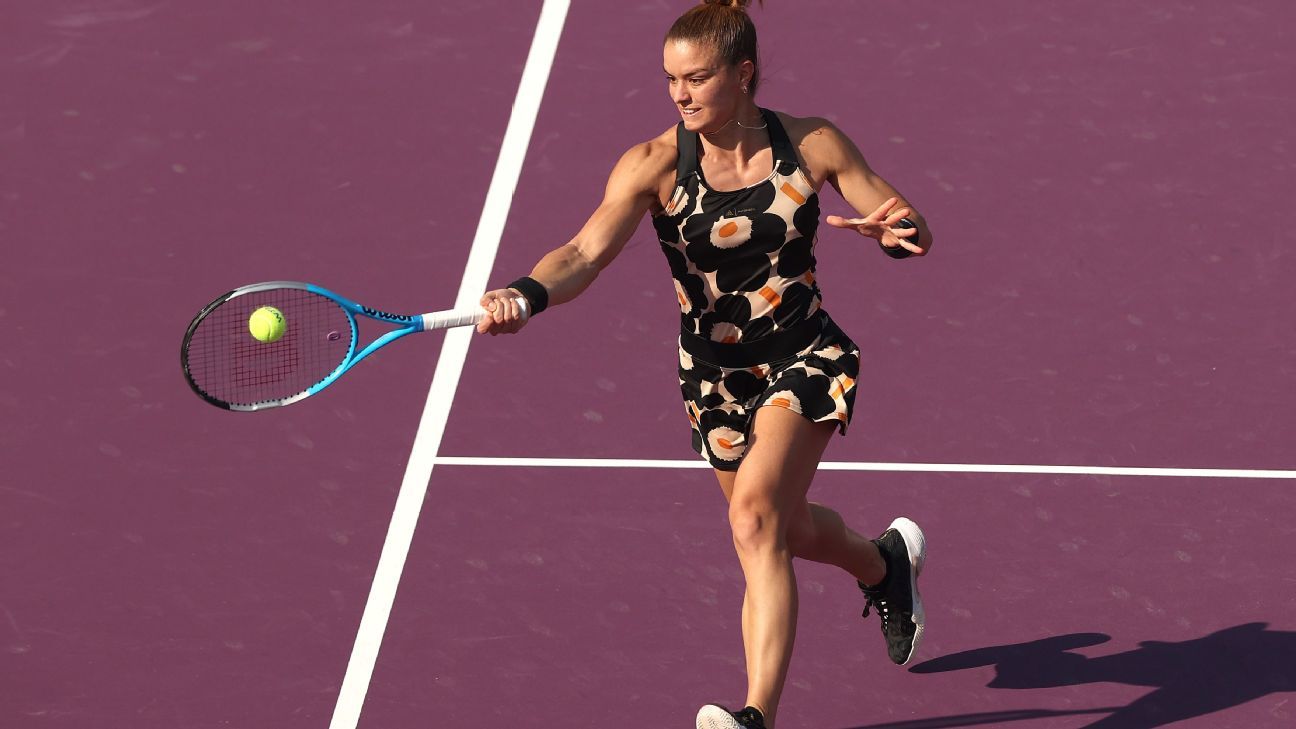 GUADALAJARA, Mexico — Maria Sakkari used her strong first serve to extend her dominance over former French Open champion Iga Swiatek with a 6-2, 6-4 win Thursday in their opening match at the WTA Finals.

Sakkari, a 26-year-old player who is having a breakout year, also ousted Swiatek in straight sets in the French Open quarterfinals and the Ostrava semifinals this year. Sakkari started the year ranked 21st, and although she did not win a title this season, she reached the final in Ostrava and the semifinals at the US Open, Roland Garros and Miami to become the first Greek woman to qualify for the WTA Finals.

Swiatek, who won titles in Adelaide and Rome in 2021, is also making her debut at the season-ending tournament.

Sakkari won 26 of the first 27 points on her first serve and broke her opponent in the third and seventh games of the first set.

She then broke again for a 4-3 lead in the second.

The tournament, which was canceled last year because of the COVID-19 pandemic, features a round-robin group stage before the semifinals.

The WTA Finals are being played in Guadalajara for this year only, with the event scheduled to return to Shenzhen, China, in 2022.

Little protest among Tories over Zahawi sacking – but Sunak now has even more ground to make up
Surprise attack on secret military factory in Iran was Israeli raid, US officials say
Tesla Megapacks keep airport and US Coast Guard station powered during natural disasters
Trump kicks off 2024 White House bid – and says he’s ‘more committed than ever’
Warning of ‘significant job losses’ at Asda as it faces potential strikes over ‘efficiency’ plans