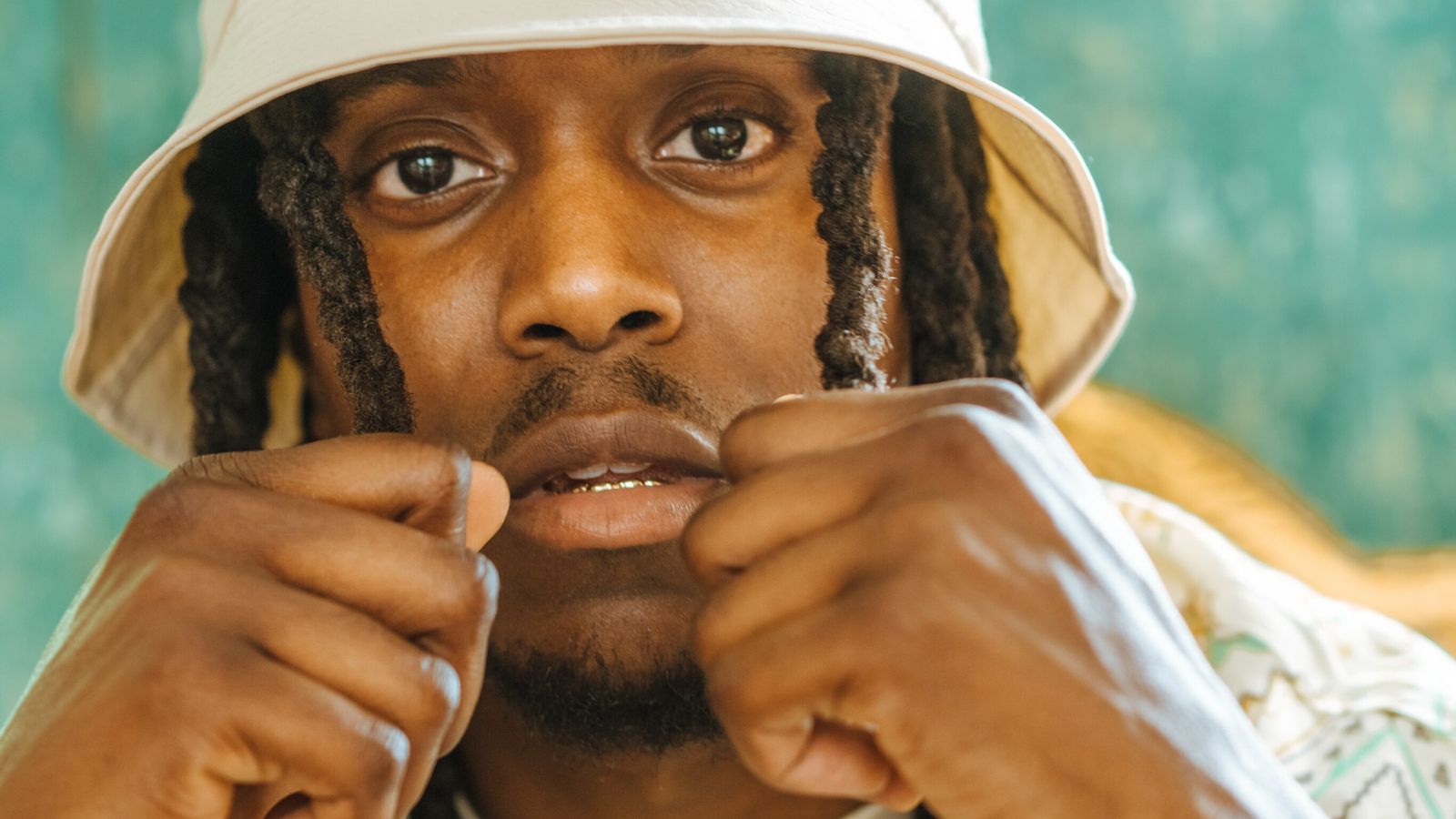 Even as his flight left the runway in 2014, Cashief Nichols couldn’t quite believe what was happening. Brought to the UK from Jamaica by his mother when he was six years old, he had vague memories of his country of birth and understood his heritage, but south London was all he had really ever known.

“I knew I wasn’t born in the UK,” he tells Sky News, “but it was home, for sure”. However, after several years of applying for indefinite leave to remain, he was deported, due to a Home Office decision that he had no legal right to be in the UK and had overstayed as a minor.

“Throughout the entire process, I’ll be honest, I didn’t think it was actually going to happen because it was just absurd to me,” he says. “Surely I can’t get sent to a place that I have no knowledge of? But eventually, it happened.”

Nichols’ life was upended not long after the release of his star-studded debut mixtape, Alarm Clock, featuring collaborations with the likes of Wiley, Ghetts, Kano and Lady Leshurr. He had also worked with Stormzy. Now known as Cashh, he was Cashtastic back then and a rising star, signed to Universal.

“This project had a lot of my peers at that time and now they’re household names of UK music,” he says. “It was my time. It’s like doing a 100 metre run and just as you’re about to cross the finish line, someone kind of pulls your leg out of nowhere and you’re injured.”

The flight to Jamaica was only the second time he had ever been on a plane; the first, that journey to the UK as a child. “It was a confusing time for me because essentially everything I’ve worked for, everything I’ve known, is about to get pulled away from me – or rather, I’m being pulled away from it. And that is definitely a heavy load to have on your shoulders. But at the same time, I’m that six, seven-year-old again, excited by the fact I’m on a plane. They’re bigger in real life! It’s a melting pot of different emotions.”

At this point, the rapper says he had convinced himself there might have been a mistake, and that when he landed he would be U-turned on to the next flight back. But there was no mistake. He arrived in Jamaica with no contacts, no home, no idea what his future held. It would be five years before his return.

The Home Office would not comment on Nichols’ case specifically, but a spokesperson told Sky News: “We expect those with no legal right to be in the UK to leave voluntarily but make no apologies for enforcing their removal if necessary. The Home Secretary has set out plans to introduce a new immigration system that is firm and fair. The new system will stop the abuse of the system and expedite the removal of those who have no right to be here.”

After arriving in Jamaica, once realisation dawned, the rapper says he spent his first two-and-a-half years “in a mental prison”, desperate to get back to his family, friends, the life and career left behind. He says he felt frustrated, but not angry. “One of the most difficult parts I’d say is over the years, one by one, or maybe two by two, five by five, seeing people disappear,” he says. “I guess everyone has their own life. I think in general it’s just out of sight, out of mind.”

Nichols was granted approval to return to the UK in 2019. “I literally can’t explain the feeling,” he says. “It was like, I’m not going to waste this opportunity – because that’s literally what it is. I’m not taking it for granted. I know that this is an opportunity that a lot of people don’t get, it’s rare for someone to be removed from the country and actually return. So I think there’s a greater purpose for me being back in the UK and being able to tell my story.”

Now back as Cashh, the rapper’s experience is told through his debut album, Return Of The Immigrant, featuring songs and skits laying bare what it is like passing through the immigration system – “we’re not people, we’re just paperwork”, he says – to tracks such as Wash Clothes, celebrating aspects of Jamaican culture.

The last track, Mummy’s Diamond Prayer, is a voice message from his mother, left when Nichols travelled back to Jamaica – “this time on my own terms” – earlier in 2021. It is a prayer for good things, for success, prosperity. “I just remember feeling goosebumps,” he says. “I will never forget that prayer.”

Now, Nichols is hoping to use his status to help enact change.

“I want to change the narrative of what it is to be an immigrant,” he says. “I remember being younger, if you called somebody an immigrant it’s almost like it’s offensive.”

The rapper says he is in the process of setting up a foundation, Proud Immigrant, to help fund immigration cases in the UK. He also wants to set up a facility in Jamaica to help those who find themselves in a similar situation to his when he first arrived.

In his experience, he says, “once you get on that plane and you get to the country they’ve sent you back to, there is zero information for you. You are now on your own”. The idea is to set up a place for people to get advice, maybe help them connect with lawyers. “Just help to facilitate, to make the landing a little bit softer for them – because my landing wasn’t soft.”

Jamaica is a beautiful country, he says, and he is now thankful for this time there.

“The sun is nice, they have beaches,” he laughs. “I’ve now been on both sides of the coin. I’ve been on the side of having the privilege of living within the UK – not even just the UK, just a first-world country that has opportunities. People have to understand that it’s not that migrants are travelling to the UK or to any first-world countries because they hate their country, [it’s because] there’s opportunities here to literally change lives.”

Nichols says he is now grasping his own opportunity with both hands.

“It’s a sad reality that I’m just an anomaly,” he says, of the fact he has been able to return, albeit on a visa. “Really, this doesn’t stop. So whatever voice I can give, I’m here and I’m willing to help.”

Cashh’s mixtape Return Of The Immigrant is out now